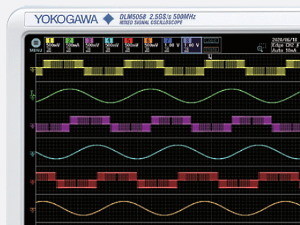 The new DLM5000 oscilloscopes are successors to the eight-channel DLM4000 series mixed signal oscilloscopes, and feature a number of improved functions and enhanced operability. In addition, a DLMsync option is planned to be released by next spring that will enable measurements to be taken simultaneously by two connected DLM5000 oscilloscopes. The DLM5000 series is targeted at developers of new automotive, mechatronics, and electronics products, and may be used in combination with Yokogawa ScopeCorders, power analyzers, and other products.

The DLM5000 series models have either four or eight analog input channels (350 / 500 MHz). With a single DLM5000 oscilloscope, it is possible to simultaneously view signals and inputs from up to eight analog signals and a 16 bit logic channel (32 bit logic channel available as an option). When simultaneously measuring inputs from all analog channels, each of the two models can maintain a maximum sampling rate of 2.5 GS/s, twice the speed of the DLM4000 series (more info) 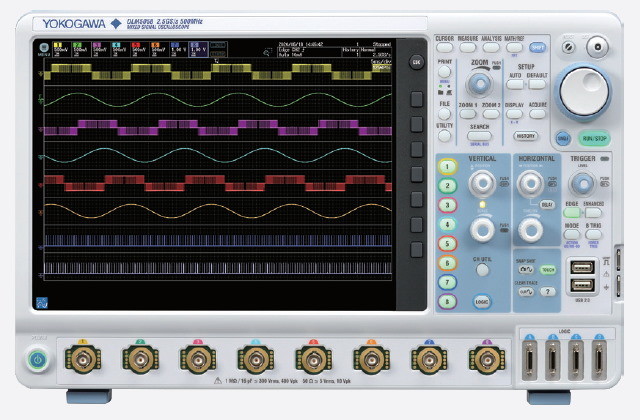