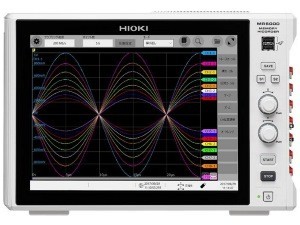 It was back in 1983 that Hioki launched its first Memory HiCorder model. Today, the line of products ranges from handheld, 2-channel models that offer a compact, lightweight design to standard models primarily designed to measure 16 channels using a plug-in module architecture and multichannel models (with 54 channels of capacity) that can be embedded in production lines. With high-speed measurement at 200 MS/s - 10 times faster than the previous model - and high-speed, real-time saving of measurement data that is 32 times faster than the previous model, the newly launched MR6000 stands ready to earn its keep as Hioki’s flagship model.

The MR6000 is the first Memory HiCorder in history to offer Memory HiCorder Concierge, a powerful feature that automatically detects the characteristics of a basic waveform that is set by the user in advance and then automatically searches all measured data for waveforms that exhibit a low degree of similarity to the basic waveform, indicating potential anomalies. Due in part to the enormous amount of measurement data that is generated in typical applications, this new function significantly boosts work efficiency. 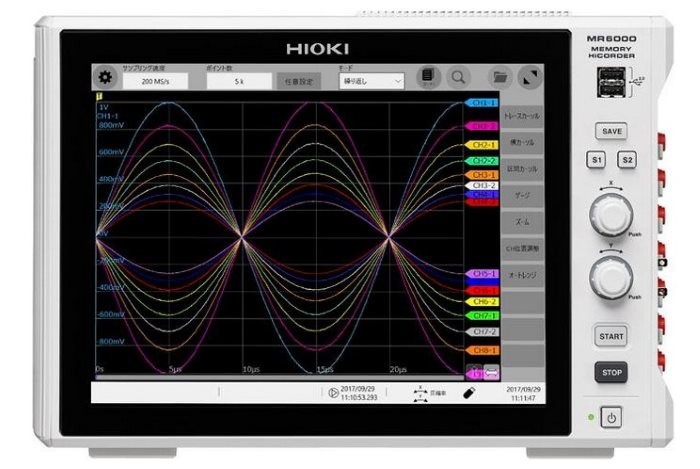