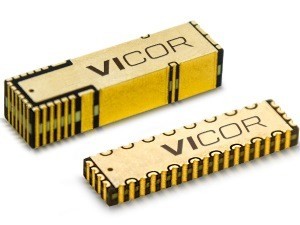 Point-of-Load power architectures in which high current power delivery units are placed close to the XPU, mitigate power distribution losses on the motherboard but do nothing to lessen interconnect challenges between the XPU and the motherboard. With increasing XPU currents, the remaining short distance to the XPU – the “last inch” – consisting of motherboard conductors and interconnects within the XPU socket has become a limiting factor in XPU performance and total system efficiency.

As current multipliers, MCMs mounted on the XPU substrate under the XPU package lid, or outside of it, are driven at a fraction (e.g., 1/64th) of the XPU current from an external Modular Current Driver (MCD, more info).