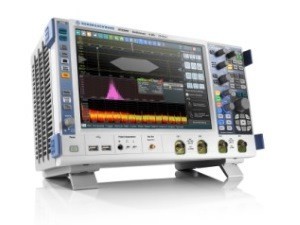 Rohde & Schwarz is the first oscilloscope manufacturer to offer an integrated arbitrary waveform and pattern generator in the lab class. With the generator, all R&S RTO2000 and RTE oscilloscopes can deliver test signals on two analog and eight digital channels, making it possible to test complex circuits in a minimum of space using a single instrument. Even fully automated compliance tests can be performed.

The R&S RTO-B6/RTE-B6 arbitrary waveform and pattern generator option provides two analog and eight digital channels operated via controls that are completely integrated into the oscilloscope GUI. Each of the two analog channels on the generator has a bandwidth of 100 MHz and can be operated in any of four modes. The waveform generator’s data rate of 500 MS/s and resolution of 14 bits make it well suited for development tasks. It can be used to characterize components such as differential amplifiers, for example.

The pattern generator can be used to output individually configured digital signals on up to eight channels. With a data rate of up to 40 MS/s, it can generate clock and bus signals such as SPI, for example (more info). 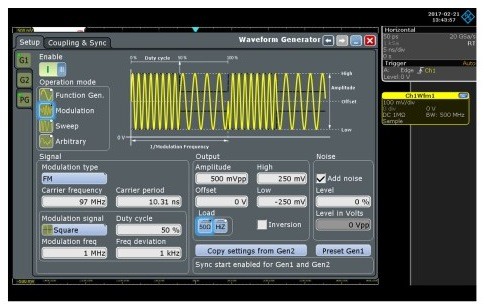 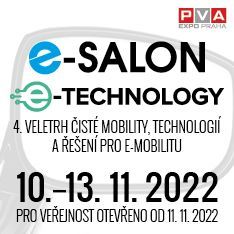