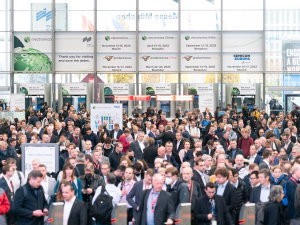 An excellent mood in 14 halls and intensive discussions at full trade fair booths: The international electronics industry met again in person from November 15 to 18 at electronica 2022 in Munich. 2,144 exhibitors, 64 percent of whom came from countries outside of Germany, showcased innovations that covered the entire spectrum of electronics to about 70,000 visitors at this world leading trade fair. SEMICON Europa was held in parallel spread over just under one and a half halls. A highly informative supporting program consisting of conferences, forums and special events such as the CEO Roundtable explored the focus topics of the trade fair. The program also served as an opportunity for discussions about current global challenges, including the energy transition, supply chain bottlenecks, the scarcity of raw materials and shortages of skilled workers.

“electronica 2022 impressively confirmed its status as world leading trade fair and demonstrated once again that Munich is THE trade fair location for the international electronics industry,” summarizes Dr. Reinhard Pfeiffer, CEO of Messe München. “We are delighted that the number of visitors was only around 14 percent below the record result of 2018, and that the share of international visitors at around 54 percent was even higher than at the previous events—an outstanding result in these times. What’s more, according to the trade fair survey, our exhibitors and visitors were more satisfied with electronica this year than ever before.”

Dr. Gunther Kegel, President of ZVEI, the German Association of the Electronics and Digital Industry, noted that electronica highlighted its position as a world-leading trade fair and conference platform for the electronics industry once again this year: “The mood is positive—back again live in Munich after four years, the booths were well-frequented, there were lots of conversations and valuable contacts made. Once again, we realized one thing: Face-to-face contacts and direct discussions at trade fairs are irreplaceable.”

“What a brilliant comeback by electronica!”, said Philip Harting, Chairman of the Advisory Board for electronica and CEO of the HARTING Technology Group. “The trade fair has never been so international, so specific in conversations with customers, so target-oriented from the visitors’ side. Munich as a trade fair site has demonstrated that international visitors will come to Germany when the package fits and the messages are clear. I’m already looking forward to electronica 2024.” Katja Stolle, Exhibition Director of electronica, confirms: “The exhibitors were extremely satisfied, both in terms of visitor quality and the results of conversations with customers, most of which were conducted on the highest decision-making level. As you walked through the halls, you could really feel just how much the industry was enjoying this reunion and personal contact.”

The CEO Roundtable with leaders in the semiconductor industry was held on November 14, the evening before the trade fair opened. Jean-Marc Chery (STMicroelectronics), Jochen Hanebeck (Infineon), Gregg Lowe (Wolfspeed) and Kurt Sievers (NXP Semiconductors) talked about the global challenges the industry is facing and their visions for the future of an all-electric society. The discussion partners emphasized, how important it is not to lose sight of the need for innovations despite supply chain problems, scarcities of raw materials and shortages of skilled workers.

The trade fair’s supporting program reflected the topics and challenges that are weighing on the minds of the electronics industry right now. One of the major focus topics was sustainability: both in terms of exhibits at the trade fair booths and discussion topics at the conferences and forums—at electronica, the industry demonstrated its importance as a driving force behind sustainable technologies. To address the shortage of skilled workers, the trade fair offered a range of career initiatives, including on-site recruiting, the Student Day and a job exchange which brought together exhibitors and job starters with the aim of getting young people, especially women, enthusiastic about the industry. The Fast Forward platform also aimed at promoting young talents: It provided a stage for selected start-ups to present their innovations to an audience of specialists.

SEMICON Europa was held at the same time as electronica and provided exhibitors with an opportunity to showcase their semiconductor-manufacturing solutions and products. It served as a fitting complement to the trade fair. Laith Altimime, President of SEMI Europe said: “At this year’s SEMICON Europa, strategically co-located with electronica, industry leaders provided insights into microelectronics trends that are crucial to industry innovation and growth in Europe and around the world. Record attendance and a sold-out exhibition area—SEMI is excited about this year's results.” 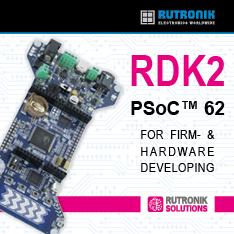