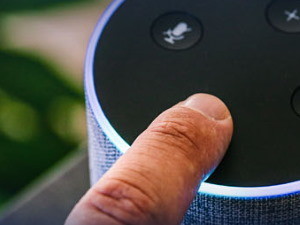 Renesas Electronics Corporation announced the RX72N Group and RX66N Group of 32-bit microcontrollers (MCUs), new additions to the RX Family that combines equipment control and networking function on a single chip. Built around the Renesas proprietary RXv3 CPU core, the RX72N features a maximum operating frequency of 240 megahertz (MHz) and two Ethernet channels, and the RX66N features a maximum operating frequency of 120 MHz and one Ethernet channel.

In the industrial equipment market, performance and functionality improvements lead to larger program code sizes. As a result, storage capacity and read speed play key roles in determining real-time performance. The new RX72N and RX66N devices offer up to 4 megabytes (MB) of on-chip flash memory that perform read operations at a frequency of 120 MHz, among the fastest in the industry, as well as 1 MB of on-chip SRAM. This ample on-chip memory eliminates the need for external memory, which has slower read speeds, and makes it possible to extract the full performance capacity of the CPU. In addition, larger memory capacity enables high-resolution graphics support, such as WVGA, on a single chip, which was not possible on earlier general-purpose MCUs (more info). 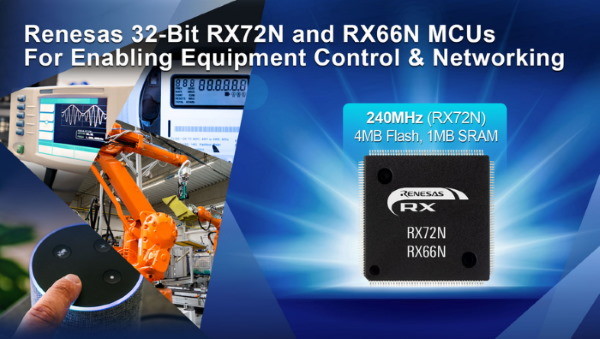