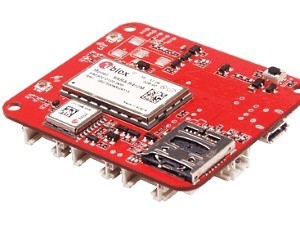 u‑blox announced that its modules will be at the core of two new development boards. The boards, which are designed and produced by Seeed, one of China’s largest distributors of microelectronic components for the international developer and maker communities, deliver cellular communication and positioning capabilities for a wide range of applications in the Internet of Things.

The first of the two development boards is a Raspberry Pi HAT designed to augment Raspberry Pi computers with cellular communication as well as cellular‑based positioning services. The board will be released in multiple variants based on the u‑blox LARA‑R2 LTE Cat 1 module series.