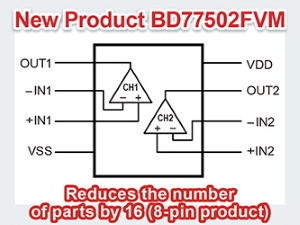 The proliferation of the Internet of Things (IoT) in recent years has led to a significant increase in the number of electronic components used for advanced control in a variety of applications. This trend towards greater electronics density is leading to noisier environments, making it extremely difficult to implement designs with electromagnetic compatibility (EMC). Op amps play a critical point role because they quickly amplify small signals (from sensors) in many detection systems that provide safety. In addition, printed circuit board design can also be problematic for conventional op amps that are susceptible to oscillation due to capacitive loads (i.e. from wiring). 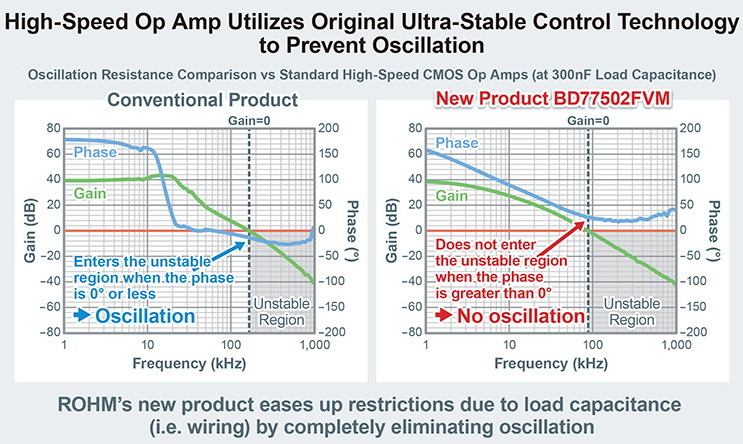